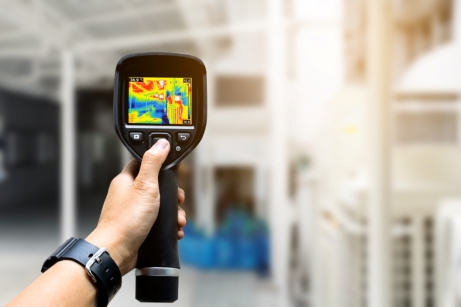 Santa Clara, Calif. – August 06, 2020 – Frost & Sullivan’s recent analysis, Opportunities of Emerging Sensor Technologies Impacting the Future of Smart Cities, reports that digitization and advancements in Internet of Things (IoT) are driving the large-scale adoption of sensor technologies across cities. Combined with key enabling technologies such as artificial intelligence (AI) and high-speed internet networks, integrated sensor networks in cities are driving the creation of a connected city ecosystem to enable the optimal use of public resources. The scope of the research includes acoustic, lidar, radar, 3D camera sensors, environmental sensors, flow sensors, gas sensors, and humidity and temperature sensors and also addresses adoption scenarios in key smart cities across the globe.

"The need for a smart city is primarily driven by a requirement for a safe, secure, and sustainable environment that allows for effective population management while providing services to citizens in a satisfactory manner,” said Krithika Shekar, TechVision Senior Research Analyst at Frost & Sullivan. "An integrated sensor system aids in establishing a seamlessly interconnected network with an anchor application and...

Nearmap to showcase impact of aerial imagery and technology

Nearmap NAVIG8 was created to provide a forum for Nearmap customers from around the world to gather and share their experiences and insights. Themed Truth is in the detail, Nearmap NAVIG8 2020 will showcase the latest innovations from Nearmap, including pioneering artificial intelligence (AI) technology, Nearmap AI. Nearmap AI is a series of datasets constructed from machine learning models deployed across Nearmap high-definition aerial images. It allows users to automatically identify ground features, from tree overhang to residential footprints, track changes and verify insights against current aerial imagery at massive scale.

“After the successful commercial...

REDLANDS, Calif. — (BUSINESS WIRE) — August 6, 2020 — Esri[1], the global leader in location intelligence, today announced that it will provide free access to its ArcGIS platform and learning resources through the learn.arcgis.com[2] website to higher education students eager to acquire geospatial skills through self-directed learning.

"Students in fields such as data science, public health, business, and journalism know the value GIS brings to their work yet often lack access to software and training," said Jack Dangermond, Esri founder and president. "This program provides these motivated students who can't access ArcGIS through their institution with a way to learn independently and acquire additional skills that expand their career options in the digital economy."

Students will receive access to ArcGIS Online and over 20 apps including ArcGIS Pro, along with a library of lessons[4] that cultivate skills in spatial analysis,...

Project will move Maine toward a statewide, comprehensive GIS address point layer and road centerline layer for use in life-critical situations

PITTSBURGH, Aug. 6, 2020 — (PRNewswire) —   DATAMARK[1], the public safety GIS team of Michael Baker International[2], announces that the Maine Public Utilities Commission, Emergency Services Communication Bureau has selected the firm for Next-Generation 9-1-1 (NG9-1-1) geographic information system (GIS) data enhancement. This work will be critical as the state moves toward a statewide, comprehensive GIS address point layer and road centerline layer that meet and exceed the National Standard for Spatial Data Accuracy (NSDI).  The project includes a review of existing road centerline data and existing structure location data to spatially adjust the geometries to meet national standards and to provide a mechanism for the remediation of missing/incomplete/incorrect address location data and/or attributes. The project commenced in June 2020 and is expected to last through February 2022.

"Our team consists of leaders in the complex technical areas of GIS, public safety and NG9-1-1, all of whom have extensive experience executing large-scale NG9-1-1 GIS data enhancement projects," said  Chris Friel, Director of Strategic Accounts at DATAMARK, Michael Baker International. "Our data-forward, full-service – yet configurable – solutions will provide the highest levels...

DroneInch Named as a Sample Vendor in the Gartner Hype Cycle for Drones and Mobile Robots, 2020

FREMONT, Calif., Aug. 6, 2020 — (PRNewswire) —  DroneInch, Inc., the industry's first drone automation software to power the entire drone operations lifecycle, today announced it was named a Sample Vendor in the Gartner Hype Cycle for Drones and Mobile Robots, 2020 under the Drone Management Platforms category. Gartner defines this category as "drone management platforms refer to software by which organizations manage fleets of unmanned aerial vehicle (UAVs) – that is, drones. Features include flight planning, waypoint, airspace notification and approval, vehicle registration and identification, staffing, training, and other aspects of fleet management. They can be offered both on a commercial basis to drone users and as outsourced air traffic management to aviation authorities. The air traffic management element is also known as Unmanned Aircraft System Traffic Management (UTM)." 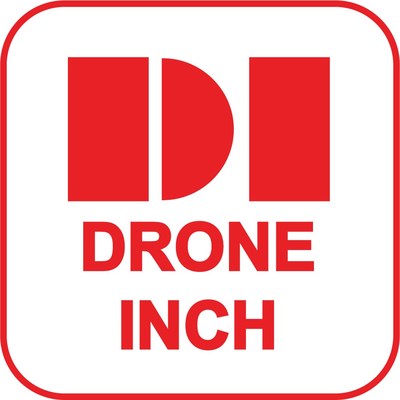 Aapo Markkanen, senior director and analyst at Gartner, said in the report, "End users and third-party providers that have comparatively large fleets of drones (say, dozens of routinely deployed vehicles) should use drone management platforms to make their operations safer and more efficient."

DENVER, CO, Aug. 5, 2020 — (PRNewswire) — Intermap Technologies Corporation ("Intermap" or the "Company") today announced that it has closed the first tranche of its previously announced and fully subscribed issuer private placement (the "Private Placement") of up to 4,317,118 Class A common shares ("Shares") at a price of CAD$0.56 per Share – a 40% premium to the previously announced offering price on July 7, 2020. Both tranches were well oversubscribed. The first tranche included the issuance of 3,571,428 Shares, raising aggregate gross proceeds of CAD$2 million. Strong investor demand allowed the Company to attract dozens of new sophisticated investors.

The Private Placement was executed carefully, with the Company taking care not to disturb its valuable tax attributes. As previously disclosed in the Company's financial statements, Intermap has $221 million in Net Operating Losses ("NOLs"), including $164 million in the United States and $57 million in Canada. Greater ownership diversification protects the Company's tax assets from a deemed ownership change, as defined by US IRC Section 382. A deemed ownership change would limit the Company's ability to utilize its tax attributes to increase future cash flow. As a result of this private placement, the total ownership shift for the prior three years immediately after the...

The update, developed jointly with ISO TC211, enables 4D DGGS, aligns itself with other ISO standards, and more. 5 August 2020: The Open Geospatial Consortium (OGC) membership has proposed updates to the OGC Abstract Spec Topic 21 - Discrete Global Grid Systems (DGGS) document and is seeking public comment before approval. This version was jointly developed with ISO TC211 and has the same normative content as ISO/DIS 19170-1:2020. Comments are due September 4, 2020.

The goal of a DGGS is to enable rapid assembly of spatio-temporal data without the difficulties of working with projected coordinate reference systems and complex geometries. DGGSs represent the Earth (or other planetary bodies) as hierarchical sequences of tessellations, each with global coverage and with progressively finer resolution. Each cell (or zone) in the tessellations has a unique identifier, so that individual observations can be assigned an identifier corresponding to both the position and size of the phenomenon being observed. This means that the resolution and precision of the data capture is inherently part of the stored data; not something that needs to be explained in metadata and therefore potentially overlooked.